Meningitis is an inflammation and infection of the membranes and fluid that enclose the central nervous system, or CNS which is made up of the brain and the spinal cord. The disease can be caused by bacteria, viruses, fungi or parasites. Certain health conditions have meningitis as a complication, including cancer, HIV, mumps, lupus, flu and tuberculosis. Meningitis can also be caused by exposure to toxic chemicals and certain drugs. Some types of meningitis, such as aseptic meningitis, are usually mild while the symptoms of bacterial meningitis are more severe.

However, since the disease involves the central nervous system, a person who has symptoms of meningitis should be seen by a medical professional right away. Fortunately, meningitis is an uncommon disease, and most people make a full recovery from the disease if they are treated. People with aseptic, or viral meningitis recover fully after about two weeks, though they may still experience fatigue for a while. People with bacterial meningitis usually recover after two to three weeks if they are treated right away and have no complications. Bacteria that cause meningitis include Neisseria meningitidis, Streptococcus pneumoniae, Listeria and Staphylococcus aureus. Viruses include coxsackievirus A, coxsackievirus B, enteroviruses and echoviruses. Parasites that cause meningitis include Gnathostoma spinigerum and meningitis-causing fungi include Histoplasma.

Signs and Symptoms of Meningitis

The signs and symptoms of meningitis are:

If the meningitis is caused by a bacterial infection, the patient may also have:

Symptoms of bacterial meningitis may come on suddenly.

Meningitis caused by pathogens is contagious and can be spread when an infected person coughs or sneezes. Because of this, the risk of meningitis increases when the person spends a long time in a group. This includes children in daycare or school or seniors in group homes. A person can also get meningitis if they touch an item that has meningitis causing pathogens on it then touch their nose, mouth or eyes. Meningitis that is caused by other medical conditions, fungi, parasites and the side effects of drugs or toxins is not contagious.

Q: Is there a vaccine for meningitis?

A: There is a vaccine for bacterial meningitis, even though there is no vaccine for meningitis caused by enteroviruses. The vaccines are now part of the regular vaccines given to babies. People who are going overseas or to places where they will live among large groups of people can get a vaccine against bacterial meningitis. Other people who benefit from the meningitis vaccine are pre-teens and children who lack a spleen or who have weakened immune systems.

Q: Who is at risk for meningitis?

A: The people who are most at risk for the disease are infants and people over 60. Other people who are at risk are those who have infections of their respiratory system, their ears, sinuses or teeth. People with weak immune systems and who have suffered a head injury are also at higher risk than the general population. Health care workers and people who have cochlear implants to improve their hearing are also at higher risk for contracting bacterial meningitis.

Q: How is meningitis treated?

Q: How do doctors diagnose meningitis?

A: Doctors diagnose meningitis according to the patient’s complaints, their age, lifestyle and a physical exam. The patient receives a spinal tap to find any infection in the spinal fluid and to find the pathogen that is causing the condition. Other tests to diagnose meningitis are blood tests, chest X-rays and CT scans. 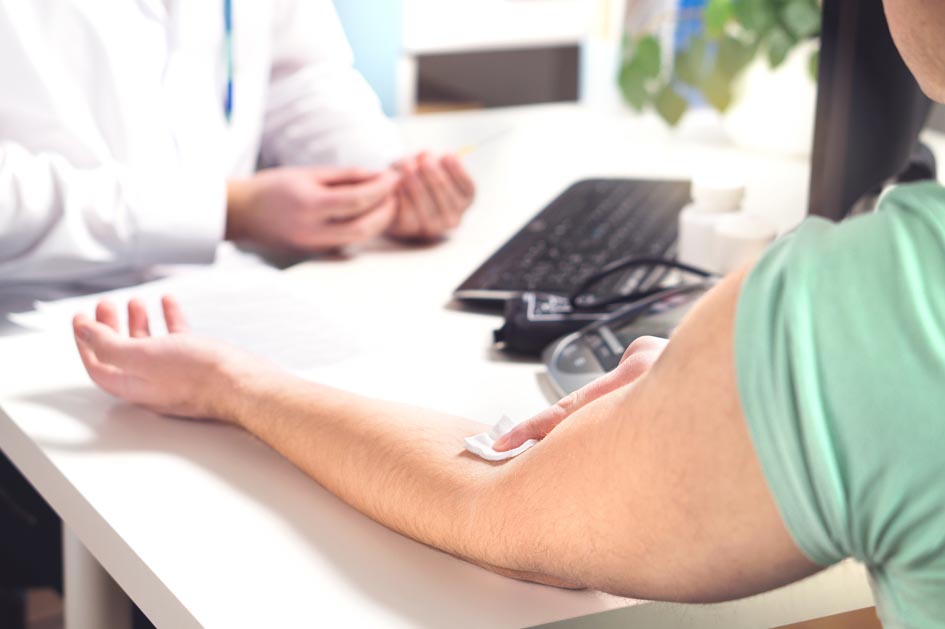 Next Article The Guide to STD Testing